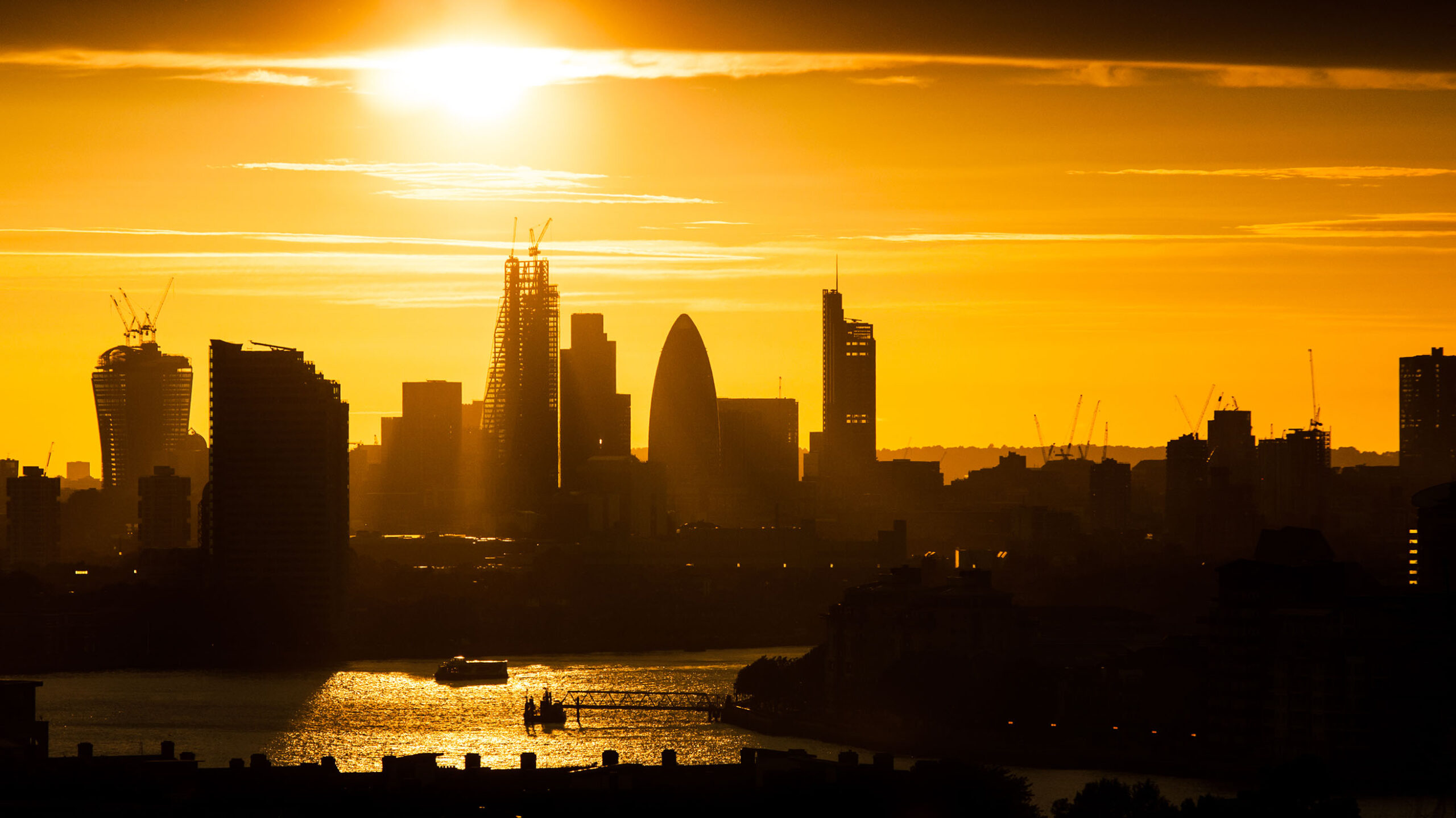 You know we’ve been installing window film for over 50 years – right?

We are actually the oldest window film company in Europe.

In all that time we’ve helped countless businesses and homes to manage or prevent unwanted heat & glare.

Unfortunately, it’s still as common a problem today as it’s always been.

This time of year, when the sun’s out and the weather is marvellous, the same old issues of solar gain through glass raise their ugly heads.

It’s no fun trying to work in an office that is baking in the summer sun.

Here’s another dip into our archives – right back to 1975

It was the day the typing pool had to move into the corridor that did it. The Trade Indemnity Company decided that urgent action had to be taken to eliminate the solar gain which was making working conditions so uncomfortable in their brand-new City of London headquarters.

So, after initial thermograph tests produced impressive results, the building’s windows were coated with Scotchtint solar control film, the transparent material from 3M which dramatically reduces heat and glare transmitted through glass.

New optimum ambient temperatures are maintained for the 300 employees of the credit insurance organisation, with heating and ventilating equipment operating at maximum efficiency, the typists can work within inches of the ceiling-to-floor windows which surround the premises in Great Eastern Street.

It was evident soon after Trade Indemnity moved into the building last winter that the tinted outer windows and double-glazing together were inadequate to combat the heat problem. As early as March, the staff were complaining – in the typing pool, desk beside the windows got literally too hot to handle! It was realised that some fro of screening must be added. Blinds and curtains were considered, but rejected on the grounds of cost, cleaning and because they can cause patchy light.

Remembering a mailshot from Berkeley Solar Control, on of 3M’s official agents, Trade Indemnity decided to see whether Scotchtint film lived up to its claims. Accordingly, Berkeley applied the film to the fifth floor typing pool and then compared temperature readings with lunch room immediately above. The difference between treated and untreated areas was as much as 15 degrees F.

Immediately, all four floors occupied by Trade Indemnity were treated; the existing double glazing presented no problem since the self-adhesive material is simply applied to the room – facing surface of the inner pane. (Where solar control is specified as the design stage, Scotchtint film can be incorporated into the sealed units).

Trade Indemnity describe this treatment as an excellent answer to the problem, saying that it was tried, proved and has certainly performed. As a bonus, there could be significant savings in heating in the winter months.

Scotchtint film is from a range of solar control products marketed by 3M United Kingdom Limited, recently introduced are roller blinds made of the same transparent material.

3M & Durable have always been an awesome combination – and the best way to manage a whole host of problems with glass. Whether it’s Solar Control, Safety, Security, or Privacy – Durable have you covered.

The term “double indemnity” refers to a clause in certain life insurance policies that doubles the payout in rare cases when the death is accidental.

Well. It’s getting hot. But I don’t think you need to worry about upping your life insurance policies – maybe just get Durable to fix your solar control issues?