Hot in the City

Billy Idol was singing about that in 1982.

And not just in the City — but in the office, factory, warehouse, conservatory, school room, college, recording studio, Jacuzzi-in-the-back-of-a-Limo — pretty much everywhere!

Singing from the same song sheet

Are they trying to tell us something?

Stating the obvious maybe — but when its so hot and sticky that you can’t think straight (starting to listen to rap music for instance…) accidents and problems increase in the workplace.

There’s no need to be idle — Solar control window film from Durable can solve pretty much all your heat and glare issues — simply, effectively and economically.

An even hotter summer! (ask your mum…)

And again — they were right.

Jumping in the kids paddling pool is great but if you’re having to get a full days work done in the oppressive heat and unrelenting glare of the summer sun It really is no fun.

That same year Heatwave released their album ‘Too Hot to Handle’.

Just saying. It was a hot year.

Forget the album chart — here’s ours: 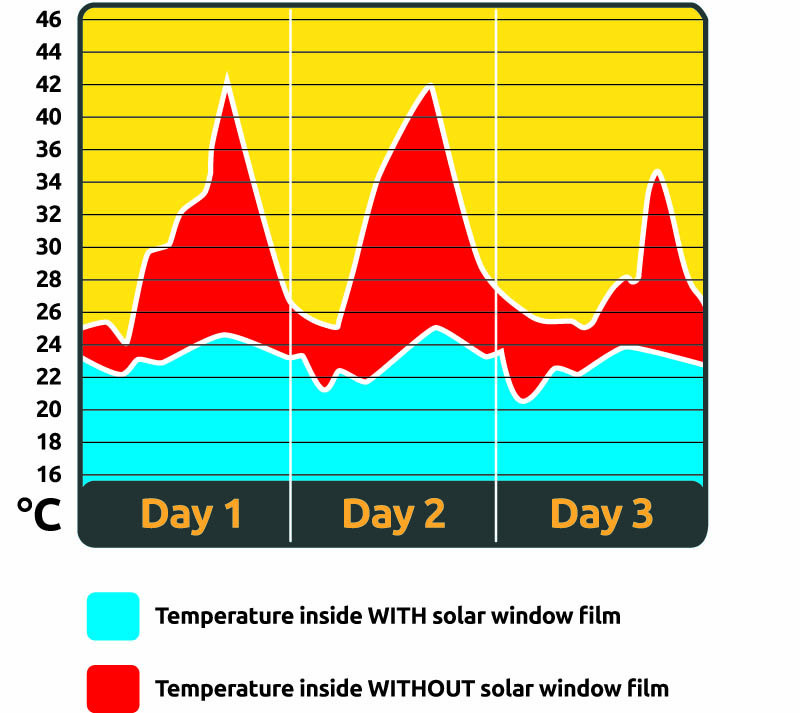 So make a mind blowing decision and call Durable.

They’ve been in the window film game always and forever.

The negative effects of the sun can also cause productivity to drop and heighten the risk of accidents.

–  It takes 3 times the energy to cool a space than it does to heat it. Window film keeps the heat outside the building — giving you substantial energy savings.

–  Window film can pay for itself within 2-5 years — and helps lower carbon emissions.

Heat and glare thru windows causes discomfort and causes furnishings to fade. Window film can help to control the negative effects of the sun, filtering out up to 80% of transmitted heat and up to 99% of UV rays.

Music to your ears

Here’s a quick look at the benefits again: