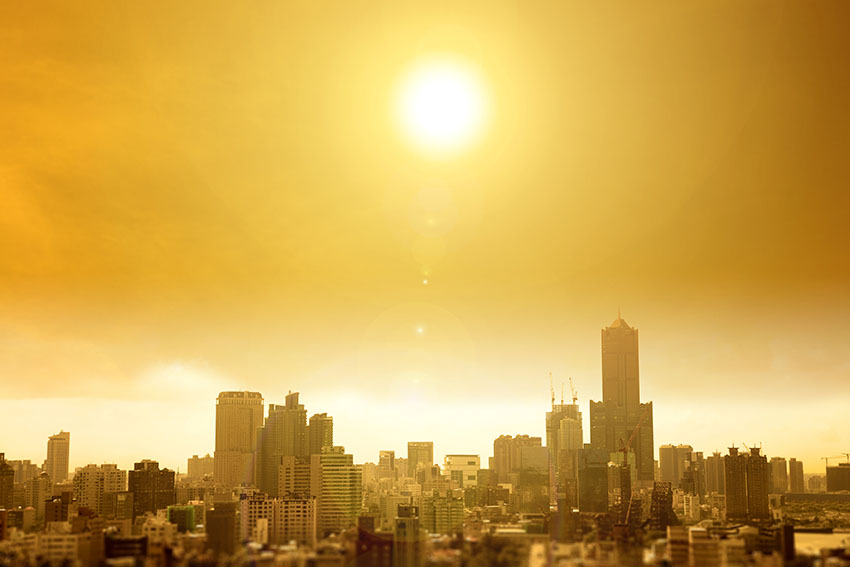 Well – anyone still doubting that climate change is a real thing must be mad.

Who you gonna believe – Donald Trump or David Attenborough?

So – it’s hot, getting hotter and it’s only getting worse.

And when its too hot to work and the sun coming through your windows is making life unbearable – you need solar control window film from Durable.

It’s a simple and effective solution that can reduce heat and glare by up to 80% and almost completely eradicates harmful UV rays.

We are the oldest window film company in Europe and have been in the game for over 50 years. We are the experts.

Call us today to see how we can help with your heat and glare problems.

If you want evidential proof – here’s a recent article from the BBC with further confirmation that things are changing and things will keep getting hotter:

The top 10 warmest years on record in the UK have all occurred since 2002, a new analysis from the Met Office says.

Its State of the UK Climate report shows that 2014 remains the warmest year in a temperature sequence now dating back to 1884.

Despite last summer’s blistering heat, 2018 only places as the seventh warmest year on record – as the statistic is based on temperatures all year round.

The patterns of warm and cold years in Britain are a clear signal of climate change, say scientists.

It comes after the Met Office confirmed this week that the UK’s hottest temperature ever – 38.7C (101.7F) – was recorded on Thursday in Cambridge.

The Met Office scientist who compiled the new analysis says that the clustering of all the warmest years in the first two decades of the 21st Century is what would be expected in a changing climate.

“It’s certainly what we’d expect to see. Our climate in the UK has warmed at a very similar amount to the global temperature rise, so just under 1C for the UK,” said Dr Mark McCarthy.

“Under that warming climate, we would expect that the hot extremes would tend to cluster in more recent times and the colder extremes are further back in time.

“Although we do still experience colder extremes like ‘the beast from the east’ last spring, generally speaking the story we have is that overall it’s the warmer events and these higher temperatures that are dominating.”

This is the fifth such report published by the Met Office and, thanks to a project to digitise historic weather records, it has now been extended to cover the years back to 1884.

Previous versions only stretched back to 1910.

There is a significant difference between the coldest year in the sequence and the hottest – with the average temperature for 1892 just over 7C, while the average for the warmest saw an average approaching 10C.

Colder years have been in short supply since the turn of the millennium, with 2010 being the chilliest, and that only ranks at 22nd on the cold list.

Again it is not a measure of the most severe winters but of the lowest average temperature, based on levels measured all year round.

“We expect that extremely cold years nowadays like 2010 aren’t as extreme as the cold years in the past, but the warm years are more extreme than the equivalent from 50-100 years ago,” Dr McCarthy told BBC News.

For years the Met Office has been saying that its data shows unmistakeable evidence of rising temperatures, both in the UK and worldwide, driven by the gases given off by human activity.

This latest analysis is another way of highlighting what our warming climate means. It won’t be the end of deep freeze winters or of chilly summers – our island weather is too variable for that.

But the report suggests that the records over the past century or more reveal a very clear pattern of change. An obvious question is: Don’t we know this all already? And you’d be right. But each passing year offers another chance for climate scientists to search for trends and to share their findings.

I’m old enough to remember the last of Britain’s top 10 cold winters – back in 1963 – and everyone’s becoming more familiar with the warmer conditions of recent years.

Despite this, and the very hot summer weather that tied the record for the warmest three-month period, the overall temperature for the year only placed it in seventh place in the list of the top 10 hottest.

One big factor dragging the year down was the so-called beast from the east, when a record low temperature was recorded on 1 March.

Another may have been the snow, with the UK recording the most significant snowfall since 2010.

When it comes to rain, six of the 10 wettest years in the UK have occurred since 1998.

Over the last decade, our hot and cold seasons have been getting wetter than the long-term average with the summers seeing 13% more rain while the winters going up by 12%.

“It is also interesting that a high number of the wettest years in the UK occurred recently, showing that climate change starts to show up even in highly variable aspects of weather such as rainfall,” said Prof Gabi Hegerl from the University of Edinburgh who wasn’t involved with the study.

“Climate change already matters to the UK and makes a difference.”

Despite the UK breaking the record for its warmest day last week, the Met Office researchers are reluctant to speculate on where 2019 might end up in the hottest years list.

“It’s been something of a mixed bag so far this year. On balance, it’s too early to say where we will end up in 2019 because just a few extreme months can make a significant difference,” said Dr McCarthy.