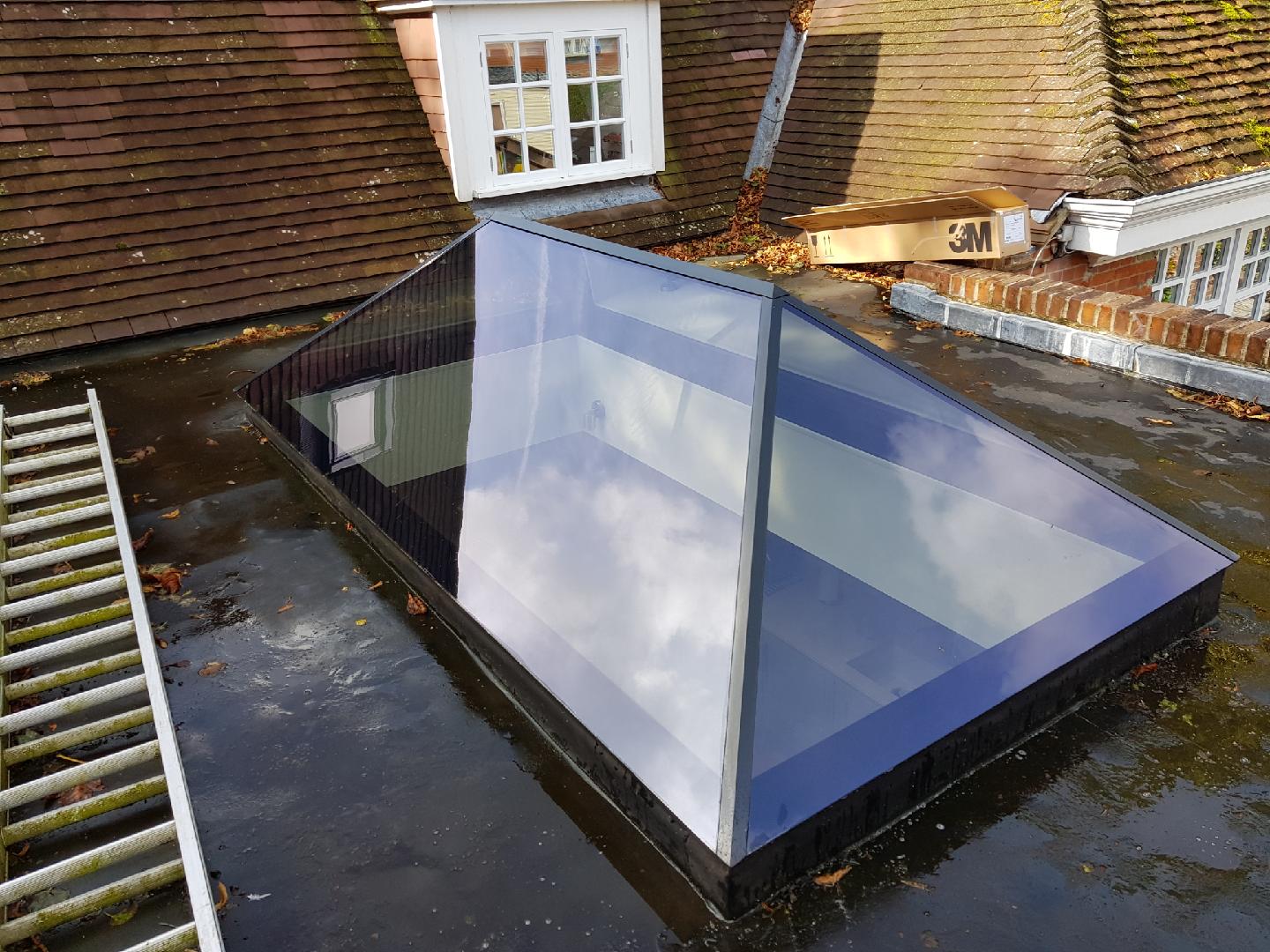 This is a proper 3M job.

3M film used on the window of a retired 3M executive’s home.

(that sounds like a nursing home just for ex-3M people. It’s not. It’s just the guy’s house)

He had a beautiful Lantern Light fitted into the roof of his kitchen.

He wanted to flood the room with natural daylight.

BUT the new addition brought with it unexpected and unwanted heat from the sun, making the kitchen even hotter than before.

Or, at least somewhere near.

The answer: Window Film from 3M installed by Durable.

3M’s brilliant new and patented Prestige 40 — which reduces the heat from the sun by over 50% whilst still allowing maximum light levels to pass through — was the ideal solution for these retirees.