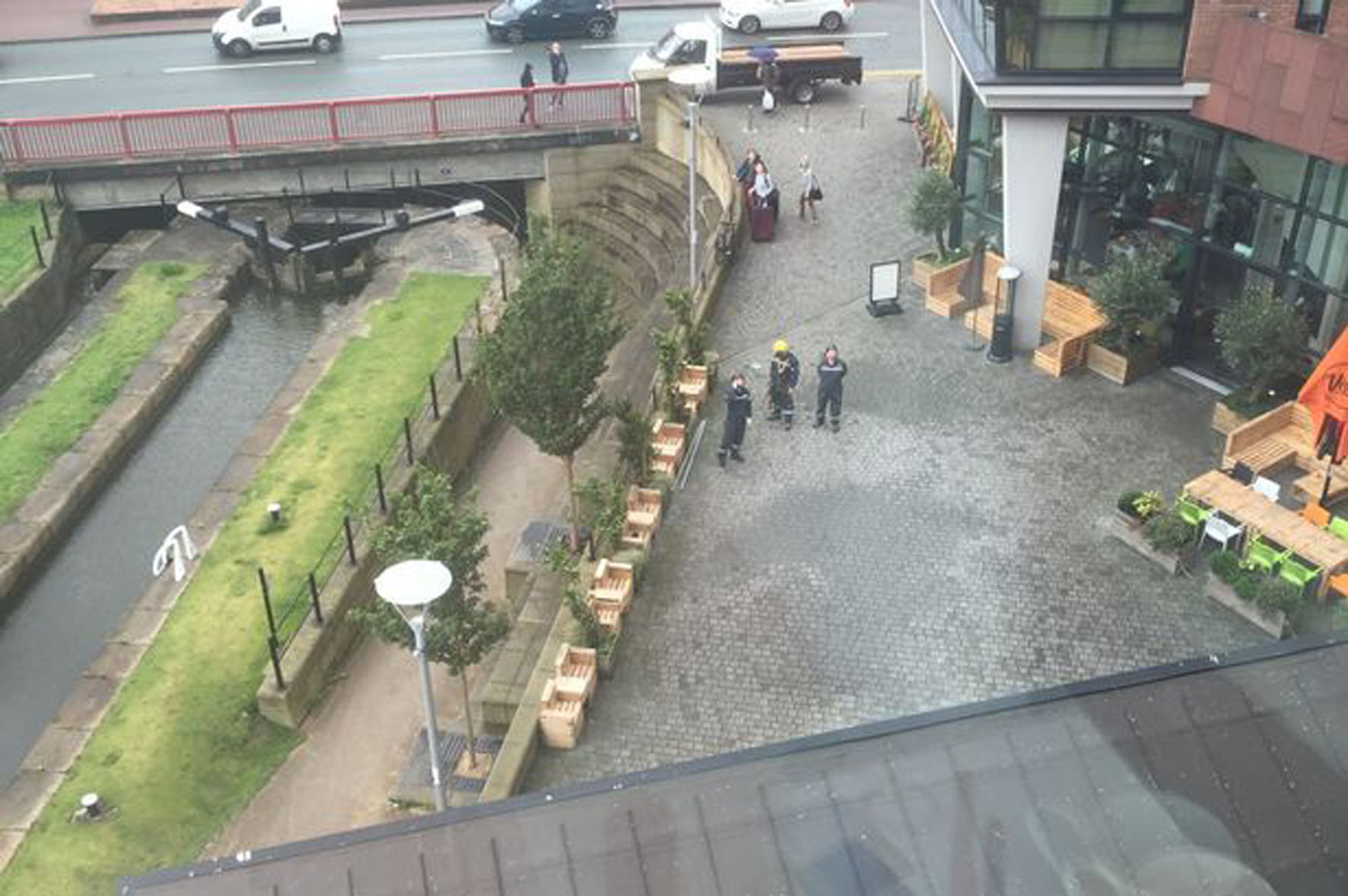 Check out this article from today’s Manchester Evening News

An investigation has been launched after a pane of glass tumbled more than 200ft from a busy city centre apartment block.

The glass sheet toppled from a top floor apartment on Saturday afternoon at Islington Wharf, in Great Ancoats Street, as high winds and rain battered the city centre.

No-one was hurt by the shattered pane – but shocked residents fear it could have resulted in a fatality.

Residents at the block, owned by developers Waterside Places, claim that panes of glass in the block have cracked on three previous occasions, but that this is the first time that one has fallen out right to the ground.

They believe the incident, which happened on the 19th floor of the 20 storey building, was caused by a combination of high winds and temperature problems inside the block.

An area was cordoned off outside the apartments close to an outdoor seating area in Vivid Lounge cafe.

The window has since been boarded up, and the developer has launched an investigation.

One resident, who asked not to be named, told the M.E.N.: “It’s only a matter of time before it happens again, and it’s a miracle no-one was killed.

“It is just lucky that the weather was bad, because lots of people would have been sitting outside at Vivid who could have been hurt. There was lots of glass. The big selling point of the apartments is that the big glass windows allow for great views of the city centre, so it is worrying.”

Nigel Franklin, director of Waterside Places, said: “The matter was immediately attended to by our managing agents and the area made safe. We have also informed the original contractor, Laing O’Rourke, who undertook the original building and window installation and we are undertaking a full investigation with them as to what caused the breakage. We will share with the residents the findings of this investigation and any recommendations which arise in relation to maintenance of the building faà§ade.” To make sure your glass is safe contact Durable for a glass audit.