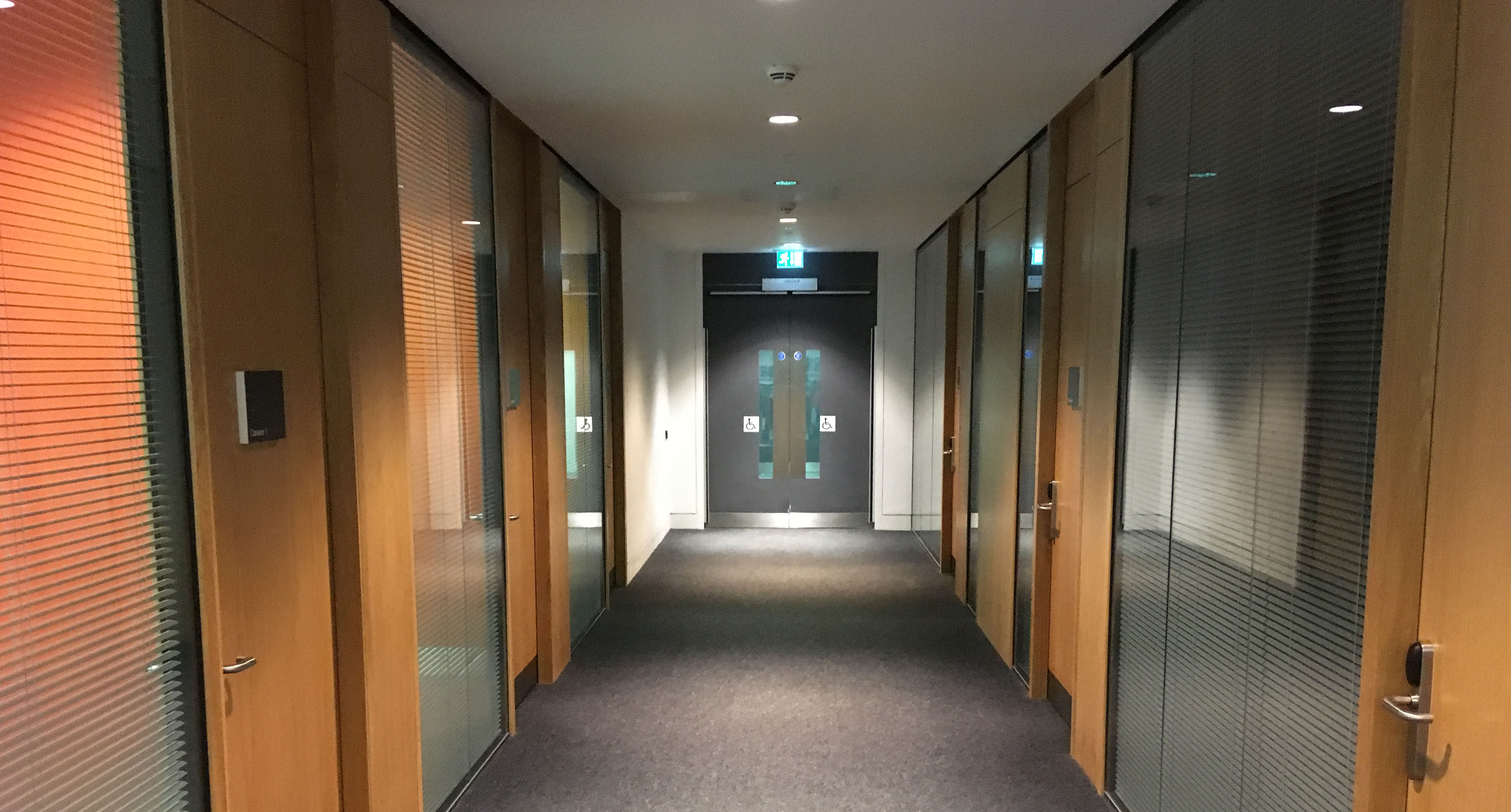 Tales of the unexpected

Unless you get out of the shower to find there’s no towel.

Or worse — make it to the WC in time, only to discover — too late — there is no toilet paper!

And sometimes, unwanted surprises can cost more than a little temporary embarrassment.

The same goes for spontaneity.

Generally speaking it’s a good thing, yes — but everyone has heard of the phenomena of ‘Spontaneous Combustion’.

It’s debated as to whether it is real, imagined or a hoax.

What many people haven’t heard of, however, is ‘Spontaneous Breakage’. This large educational establishment in Oxford had a number of large glass panels [11 in fact] spontaneously break over the life of the building – which was built in 2014 — and which could not bee explained.

We suggested the most likely cause was Nickel Sulphide Inclusion — a condition that affects toughened glass (due to impurites that can entre the glass during manufacture).

Durable have a range of safety window films which prevents the potential damage caused by Spontaneous Breakage – by containing and holding the broken glass together.

Now there’s no worries over breaks during the summer break, or unwanted glass interfering with the class, and no longer suffers the pain of an unreliable panes…

Is your glass safe?

If you experience a sudden and/or unexplained glass breakage — call us straight away. It could save you a lot of time, money and potentially prevent injuries too.

Get a Durable ‘Glass Audit’

All areas of glass really ought to be surveyed to make sure they are safe and fit-for-purpose. Durable’s comprehensive glass audit can highlight issues which may go un-noticed and could be vital.

For instance — you may have had window film fitted in the past.

Is it still effective and legally compliant?

Maybe only some of the glass in your building was treated — what about the rest?

Maybe there have been breakages or refurbishments and the new glass is not covered?

Don’t just take our word for it…

Other glass breakage issues in the press:

Anyone old enough will remember the weird opening sequence, iconic music, with random montage of images like a roulette wheel – and a sort of low-fi ‘bond-titlesesque’ overlay – featuring a bizarre dancing (possibly naked) woman.

Each episode told a story, often with sinister and wryly comedic undertones, with an unexpected twist ending.

Don’t get an unexpected ending when it comes to your glass!

Durable have nearly 50 years of experience in dealing with glass.

We are an authority on glass issues, trusted by the likes of the MoD, English Heritage, National Trust and more.