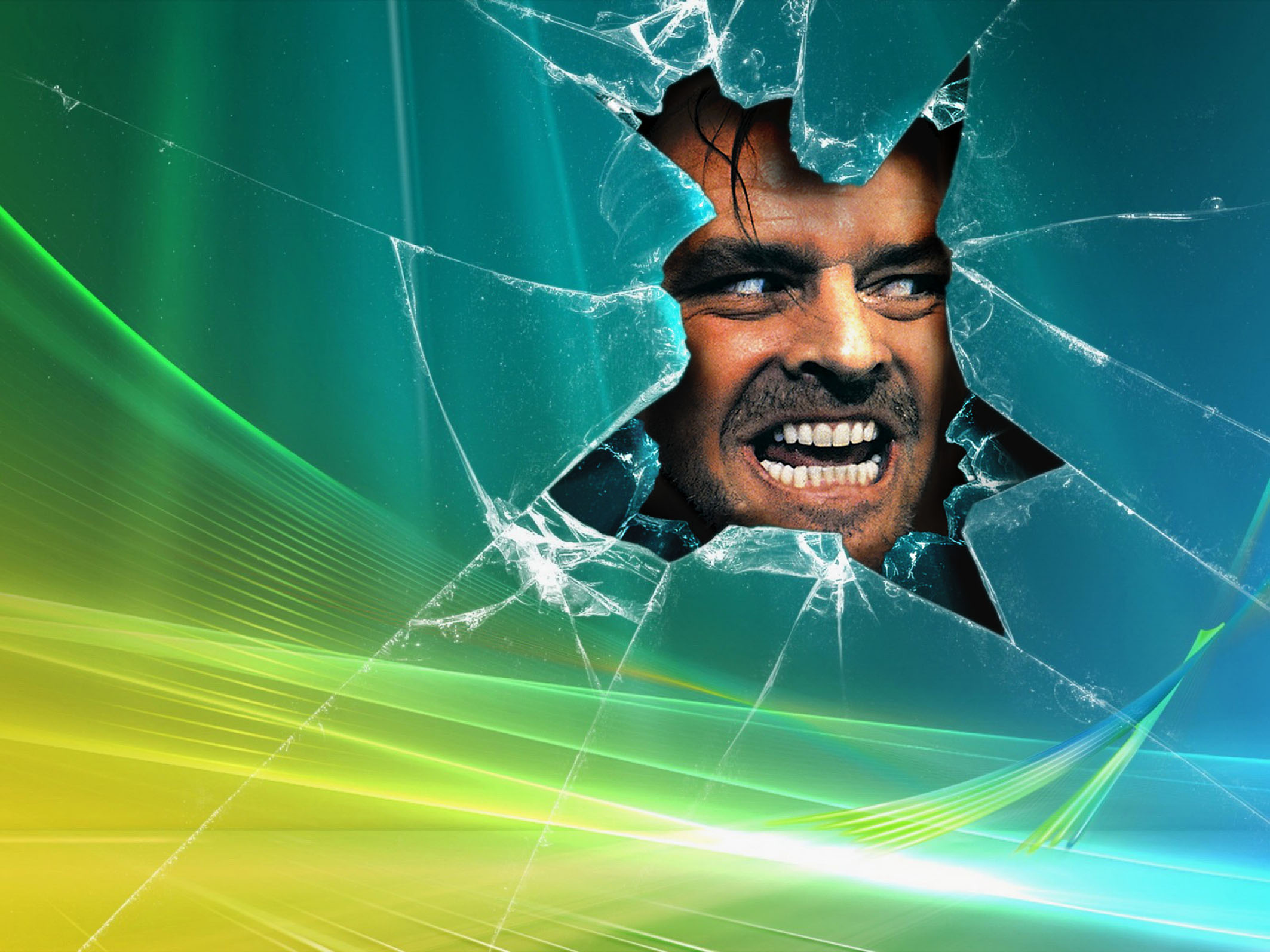 Is glare through your windows a horror story?

So hot you feel like breaking out? Meet Jack…

He’s not going to let a little thing like extreme heat and glare ruin his day.

It doesn’t bother him at all.

Because he’s got anti-glare window film fitted by Durable.

There was a time that Jack’s office got so hot and the sun’s rays so unbearable that it literally drove him mad.

A raging lunatic running amok with an axe.

Now, we’re not suggesting you’ll be affected as badly as Jack, but trying to work at a computer with the sun in your eyes is no fun. And the additional heat generated by all that trapped hot air can make the daily grind even more unpleasant. It’s bad enough you’re not outside enjoying the good weather (beach, golf course, poolside bar, music festival, axe-juggling contest) but sweltering in the oppressive environment of a hot office really does take the biscuit.

And if you have a neighbour like Jack — who is suffering the ill effects of long-term exposure to high temperatures and retinal stress — why not get Durable to fit security film to your doors and windows? Just as a precaution. A safety measure against things like — say – an attack from a crazed man with an axe… I’m sure the guys in the next office are very nice, but, you know, just in case…

Stanley Kubrick’s film based on Stephen King’s novel ‘The Shining’ Starred Jack Nicholson as Jack Torrance, and Shelley Duvall as his wife.

It’s pretty scary stuff.  But then so is having unprotected glazing. Ok, probably not quite as scary, but better to be safe than sorry.

“Dad!! These windows don’t have security window film on them!”

“Stan – this is not the fee we agreed for the film”

“Look Jack, what do you expect you smashed up the set, we had to get all new windows and doors, and Durable to fit security window film in case you lost it again!”