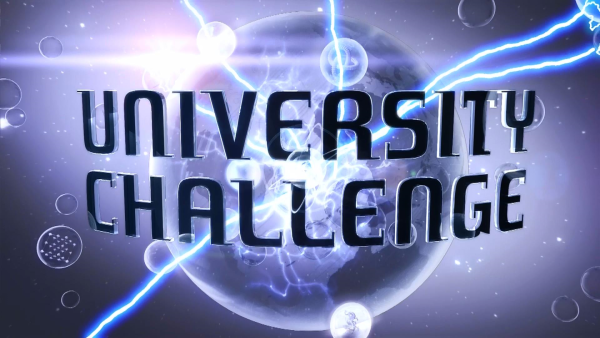 Do you remember Bamber Gascoigne?

Way before Jeremy Paxman took over.

Everybody knows University Challenge – but does anybody actually watch it?

Seriously – if you get one question right you’re basically Einstein.

It was parodied brilliantly in the BBC cult classic comedy ‘The Young Ones’.

Here’s another 3M press release from back when Bamber was in charge:

The recent long hot summers have caused problems in some departments of the Open University in Milton Keynes where excessing heat build-up caused by constant sunshine on the windows made some work stations very uncomfortable places to be.

But an effective, and expedient, solution to these ‘local’ problem areas was found in the Scotchtint range of solar control films from 3M United Kingdom Limited.

The first application took place in the computer punch room where Scotchtint was installed following complaints by the 25 machine operators about excessive heat and glare from the sun through the southerly and westerly windows. As they couldn’t leave their machines it was impossible for them to move into the shade or have the windows open for fear that the punched cards, which log data on the University’s 50,000 extramural students, would be blown about by the draught.

Curtains partially solved the problem of glare, but were helpless to prevent heat gain. Air conditioning was considered but reflected on grounds of cost and because departments are apt to move while the University is still in a formative stage. It was finally decided to treat Thea actual window areas and A18 Scotchtint solar control film, which reduces glare by as much as 82% and heat gain by 75% and is the first solar control film to be granted an Agreement Board certificate, was chosen in preference to tinted or reflective glass, being far less expensive and removable should the room be required for a different purpose. The results were so impressive that a second application soon followed to the windows of the building surveyor’s department.

Another problem area was the enlarged reprographics department, which produces much of the University’s printed and copied material for internal use.

The area was previously used for storage and the sloping, glass-covered rood created a hothouse inside. In addition, this had been partially painted over, excluding much of the light. Now it was important that as much light as possible should be admitted, while excluding glare and heat in order to create a viable working environment for staff. Once again Scotchtint has come to the rescue, this time by using the specialised V30 grade, a translucent film with high u.v. inhibition and designed specifically for rooflight application.

An additional benefit of Scotchtint film, the basic construction of which is a vapour coating of aluminium polyester, is that people can see out but they can’t see in, and a further, and rather different, use was found for Scotchtint when it was applied to the windows of the First Aid Room, this time to achieve privacy in what had suddenly become a busy pedestrian area due to the rapid growth of the University, which extends over some 70 acres and currently employs about 1,700 people.

We are the oldest window film company in Europe

Durable have been managing problems with glass for over 50 years.

With all that experience there’s not much we don’t know about window film.

We are very good with glass.